Here in the middle of all the wonderful and horrible ruckus in our universe is Gen X, former latch-key kids who watched Scooby-Doo and played tag regularly. We had 2 technology electives at Creston High during the early ’80s-“Computers” and “Word-Processing”.  College was a smart option to leverage your prospects, but there were also plenty of decent-paying jobs for those of us who wanted to move out after graduation. I’ve seen our Casey Kasem-Top 40-mixtape world entirely change during my 51 years. Once in a while I am nostalgic for a John Hughes movie, but the truth is I love my mod cons. Except my Kindle (no page-turning, no smell). I spend most of my time here in the gap between a simpler existence and massive waves of new information to sift and sort. XER is about what I fill the gap with in this middle-child kind of life-travel, food, joy, healthy tips/recipes, nature, good books, and writing.

Gawking at Blarney Castle was a slow process.  We arrived at The Spaniard late for lunch with the only other patrons a few men visiting the bartender.  From the yelling and laughing I surmised they were good friends. 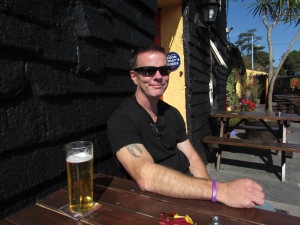 The Spaniard’s bar patio graced by a handsome German man

We sat on the patio in the sunshine enjoying pints and the view from The Spaniard’s lofty location on a curvy road snaking up the Kinsale hillside.  Jim had fresh fish and home-cut chips, while I gave in to a Cajun chicken wrap.  Complimenting most of our meals was the standard bit of greens tossed in a light vinaigrette. 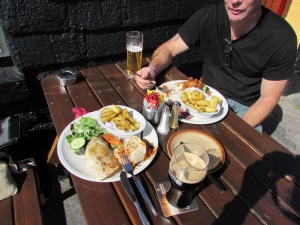 Tasty lunch at The Spaniard in Kinsale

During our respite at The Spaniard we noticed a good number of vehicles with deep scratches or dents on the passenger side and mirrors torn off, all driven by local folks.

It made us feel more comfortable about the hedge scratches on our rental, which was brand new when we picked her up.

We left The Spaniard refreshed and drove on High Road to Charles Fort, an English 17th century  star-shaped fort which once guarded Kinsale Harbor.  The walls packed with turf, they were almost impregnable to cannon fire. 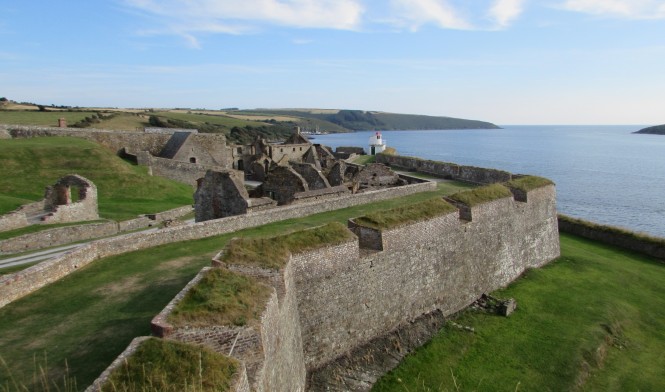 During the Williamite wars William of Orange defeated the Catholic King James II at Charles Fort by approaching from the land side and laying siege for 13 days, finally breaching after 3 days of steady cannon fire on a single spot of the outer wall.  My most important lesson of the tour was do not ask questions about William of Orange if you want to keep your friends in The Republic. 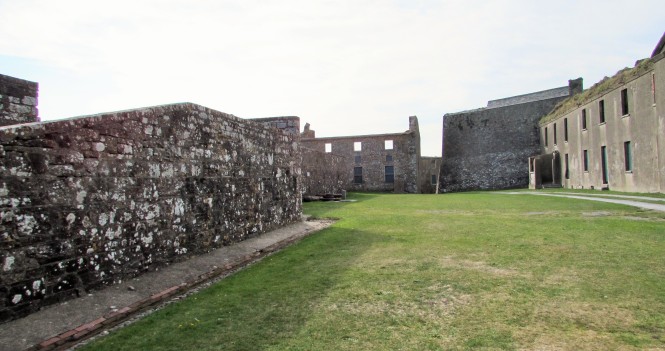 We wandered the fort after our tour silently taking in the panoramic vistas and the sailboats of Kinsale in the distance.  Ireland once again struck us dumb, smiling nostalgically even though we had not left yet. 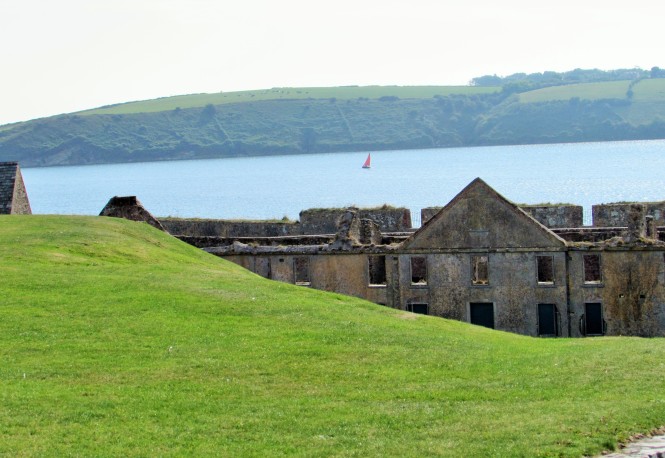 Back at our hotel we laid our heads down for a mere half hour before Kinsale’s pubs called to us to come play.  We found The Sea Captains at The Armada, a duo who played the banjo, acoustic guitar and Irish whistle.  We settled on Caesar salads with warm, dense brown bread, and a few pints for dinner.  The Armada is one of the few pubs that served us beer at our table, in which case it is entirely appropriate to go against the standard and leave a fat tip.  As I listened to The Sea Captains tears began to roll down my face.  I was actually at an Irish pub listening to two Irishmen play after visiting Blarney castle, eating well-prepared, flavorful, and fresh food in Ireland, hiking the grounds of a star-shaped fort, and eating the best brown bread I tasted so far.  My tears were happiness overflowing and I took a deep breath and told myself “remember this, remember this”. 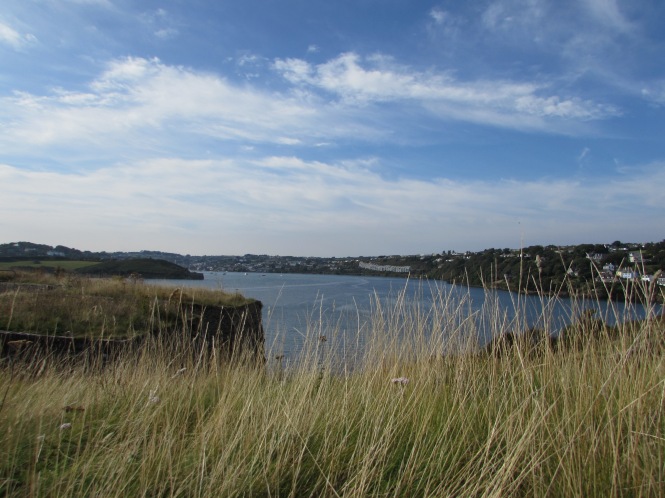 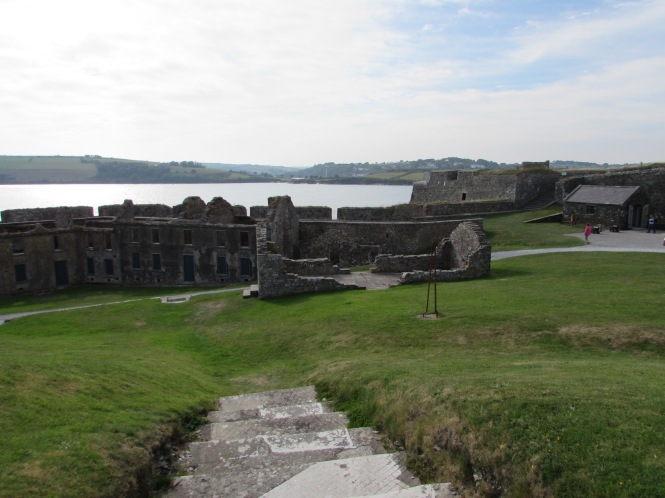 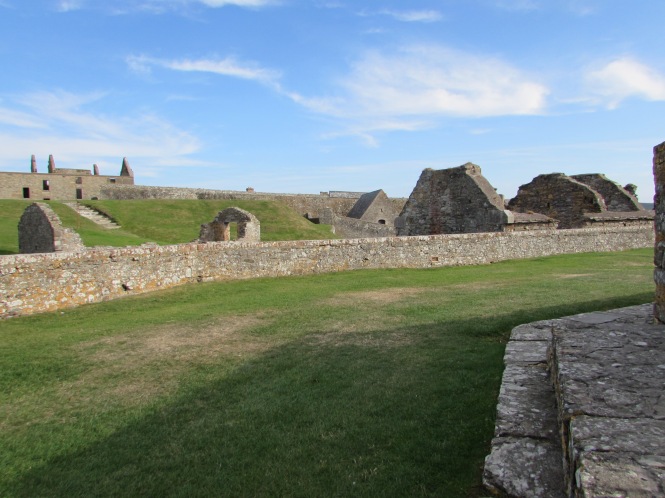