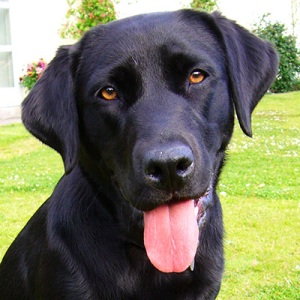 In Tilden, Nebraska last year Stevie Nelson’s two black Labradors went missing two days before his fifth birthday.  Stevie was heartbroken when the Labs were not found despite the best efforts of his family who even hired a pet investigator.  The family and investigator expanded their search to three states and offered a reward, but had no success in finding Stevie’s lost dogs.  This child was understandably heartbroken after his only birthday wish was not granted.

As Stevie’s sixth birthday approached he saw the saddest ad on television.  We have all seen it, the Human Society’s plea for donations which includes picture after picture of the saddest looking animals with Sarah McLachlan’s Arms of an Angel playing in the background.  I turn the channel unless I need a good cry, but this kid was so moved by the commercial that he decided instead of toys, he would request ASPCA donations for his sixth birthday.  By his birthday on March 16 Stevie had surpassed his goal of $6,000 and continued his pledge drive which has raised $28,000 to date.  A mere five-year-old took his heartbreak and turned it into charity thereby healing himself and providing instruction to others who are hurting.  This is not the first time that I learned humanity from a child and I hope it is not the last because their perspectives are not hindered by the complexities and frequent self-absorption of adulthood.  The American Society for the Prevention of Cruelty to Animals agrees and is awarding Stevie Nelson with the “Tommy P. Monahan” Kid of the Year Award at their annual awards luncheon today.  Stevie changed his painful memory of losing his beloved pets and the new Northeast Nebraska’s Animal Shelter stands in testament to his desire to heal by helping others.  Today I am grateful for Stevie Nelson.

Matthew 11:25 – At that time Jesus made answer and said, I give praise to you, O Father, Lord of heaven and earth, because you have kept these things secret from the wise and the men of learning, and have made them clear to little children.