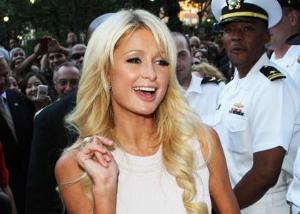 The U.S Congress has hit a new low with a dismal approval rating of 9%, the lowest since the New York Times began tracking it over 30 years ago.  Is it any wonder that Paris Hilton is now more popular than Congress?   Although many of us are perplexed by Ms. Hilton’s fame, even more confusing is what those people up on the hill are doing, or rather not doing for the people they purportedly represent.  Paris’ inane “that’s hot!” ratings of who-cares subjects hold more weight than the President’s, “we can do this” assurances.  I say we cancel their show.  It has gotten stale with the same old plot being reworked month after month.  There aren’t any good guys to root for nor any bad guys that ever get their comeuppance; very unsatisfying.  I am eagerly looking forward to piloting third-party candidates in the 2012 election.  I hear the man responsible for making Paris Hilton famous, Jason Moore, is available if a Libertarian or Tax Payer party candidate is looking for a campaign manager.  Or perhaps Paris should be on the ballot.  During her service as an ambassador for the USO she stated, “There is nothing more worthwhile and patriotic than supporting our troops.”  She should have been made an ambassador to the Super Committee.